Stocking lakes and streams with Trout to facilitate recreational fishing began in the 1800s in America.

But for almost a century, management agencies had little clue about which lakes were stocked with what species of fish and how much of the stocked population managed to survive.

As research began to be conducted in the 1960s, it revealed a series of unexpected consequences due to the introduction of trout in inviolate, fishless waters.

The resident invertebrate population for example, has eroded to critical levels in many lakes in the Western United States.

That’s for another day though. The ecological impact of fish stocking is not the purpose of this blog post although it may have seemed so.

As avid anglers, we have always been intrigued at the thought of the lifespans of these stocked fish that are introduced to our lakes each year.

At times, we have caught the same fish twice in weeks, which has added to the mystery.

It is often said in humor that most stocked trout don’t live beyond opening day as anglers make a beeline for the lake.

But is that really the case?

Are there studies to back this claim? More importantly, do the stocked trout manage to spawn?

In 2018, the American Fisheries Society published a four-year study that it had conducted in Appalachian Streams in North Carolina, which has a delayed harvest program for stocked trout.

Under this program, streams and lakes are stocked with trout during fall and spring following which, anglers are able to catch and release the fish from the next day itself.

Harvesting is only allowed come summer, when the waters warm.

This allows recreational fishermen to enjoy the sport without affecting the stocked population immediately.

Also, this allows the stocked fish a chance at surviving and possibly reproducing.

The study was conducted by tagging trout with PIT tags and radio transmitters, studying migration patterns, survival rates as well as conducting a series of interviews over a two-year period with anglers, who were able to provide great insight into the estimated harvest over this period.

Here are the five important things about stocked trout behavior that were revealed from this study. 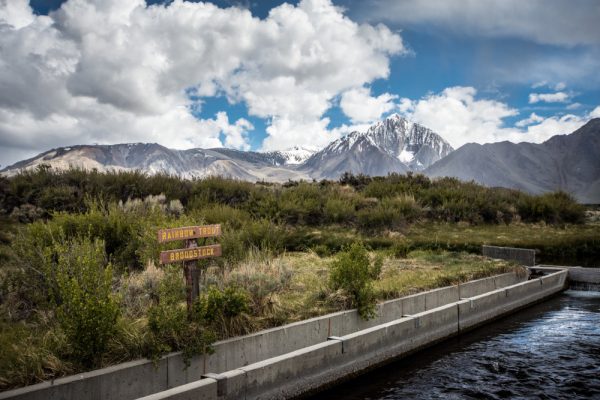 Turns out that the prevalent joke among anglers and fishermen about the stocked trout not making it past opening day, does hold some water after all.

Among the 492 trout that were planted with radio transmitters, 246 were rainbow trout and 246 were Apache.

More than 60% of these were dead within a week.

It’s a given that most of these streams are termed ‘intensive use’ systems because of the extent of sport fishing that occurs in them.

But considering that the fishing that happened immediately after the stocking was ‘catch and release’, that number is worrisome.

This is precisely why most lakes and streams restock in every 1-2 weeks during peak angling season.

However, the rapid decline in stocked populations cannot be attributed solely to anglers. Nature too, played its part.

Birds and Mammals accounted for almost 30% of the dead trout.

Among all the stocked streams, only one reported a survival rate of 71% of the trout after a week. It remains unclear why or how the fish in this stream managed to stay one step ahead of the predators and anglers.

One pair of Apache Trout however managed to survive for 123 days after being introduced. The batteries in these radio tags typically last for about 200-days. So chances are that the duo are still swimming away merrily in Californian waters.

Last heard that anglers have now put out a bounty on their prized, elusive heads.

Most anglers would put the trolling motor on high and run the fish finder to map out the topography of the lake and detect trout hotspots.

Well, you may no longer need to.

The study revealed that most trout don’t move beyond 200 yards of the place that they were released in. 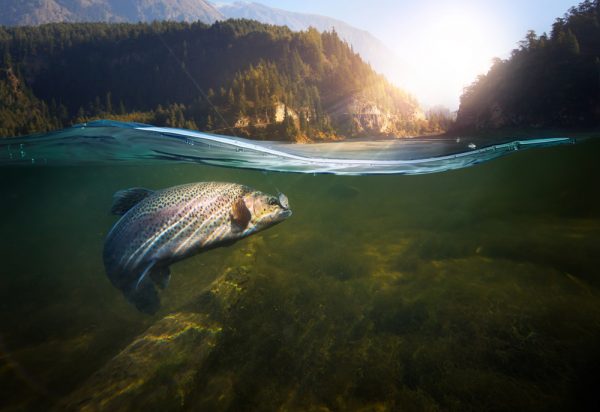 So, if you have a fairly good idea of where the trout were stocked, just head there, drop the line and reel in your catch.

It’s as simple as that.

Some curious nemos did manage to wander away and sought refuge in obscure places like boulders or under overhangs. But again, this was found to be at a distance of just 15-yards from the release pools.

While some experts attribute this to the behavior that the trout grow accustomed to in a hatchery where they have access to just a small runway that’s a 100-feet or so, others believe that Californian Wild trout also spend a large part of their lives confined to a small part of the stream or lake.

Even the pair of Apache Trout that managed to outlive all of their siblings moved just 150 meters upstream. One of them moved just 49 meters from the place where they were released.

And then comes the oddball, the lone ranger among the 492. Called Fish No 41, this bloke made a grueling 12.3mile hike downstream to find a new home. And yet, it was caught by an angler and harvested.

So if you are a trout, save yourself some energy and stick around to where you are released.

If we could pick a spot in the country to fish, we’d pick the idyllic streams in the Appalachian Mountains any day. And we aren’t alone.

According to this study, anglers spent up to 14000 hours fishing on these streams in a year. And they took home a whopping 14000 trout on an average. 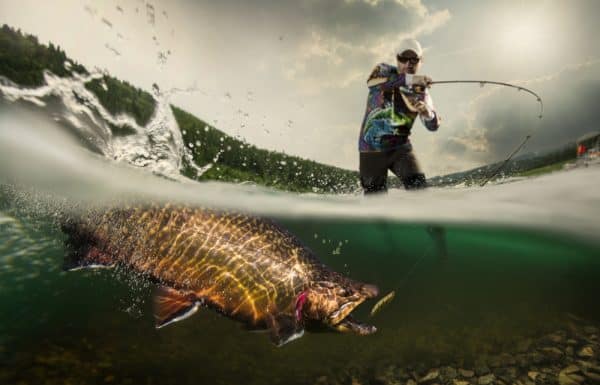 The percentage of stocked fish that are caught by anglers and then harvested, rather than being returned into the stream is called ‘The Return-to-creel’ percentage.

Most fisheries aim for this number to be as high as possible.

The national average Return-to-creel rate is around 30-40%.

In North Carolina, the Return-to-creel rates were at 25% which is pretty close to the national average.

Canyon Creek had the highest Return-to-creel percentage at 66%. This means that anglers kept most of the rainbow and Apache trout that were caught in this stream.

Is It Wrong to Catch Right After Stocking?

Not really. In fact, if you are looking to maximize your catch rate, then this may be the best time to fish.

The caveat is that it would be impossible to find an idyllic spot all for yourself as most of the anglers would be hitting the water at this time.

As the days progress, your chances of landing a catch keep reducing. The fish are still there in the waters mind you. It’s just that they tend to become more difficult to catch for reasons unknown.

Unfortunately, the study did little to analyze spawning and reproduction rates of stocked trout.

So we will have to base our explanations on trout behavior and some of the factors that might affect the possibility of this occurring.

The Possibility of the Trout Being Sterile

There is of course the possibility that the trout stocked in your local lakes might be sterile, in which case spawning is out of the question. It is simple genetic engineering in which the two sets of chromosomes that wild trout possess are modified into three sets. These fish are called Triploids. Despite sounding like a dangerous mutation, Triploid trout are perfectly normal and healthy, except for the fact that they cannot mate or reproduce. In many parts of the United States, where Trout are considered to be an introduced species, agencies use Triploids to control a possible population expansion. Another advantage of using Triploid trout is that they tend to get a lot bigger after 3-years of their life. So, if the trout manage to survive the initial post-stocking angling frenzy, then there’s a possibility that they might grow into a large trophy fish. This even has a dedicated term in Angler’s lingo. It’s called ‘Hold-over’ and it means the trout that have managed to survive year after year by migrating into deeper, colder waters.

The Possibility of Cross Breeding

When you introduce a lot of stocked trout into a river or a stream, there is a possibility of cross breeding with other species, isn’t there? Well, the chances of that occurring are pretty slim. Even in Hatcheries, where browns and rainbows are cross bred, the process happens artificially. There are no official records of any cross bred species ever being found anywhere in the United States yet.

Tips to Maximize Your Chances of Catching Stocked Trout

All said and done, here are some tips to maximize your chances of landing a catch after a lake or stream has just been stocked. 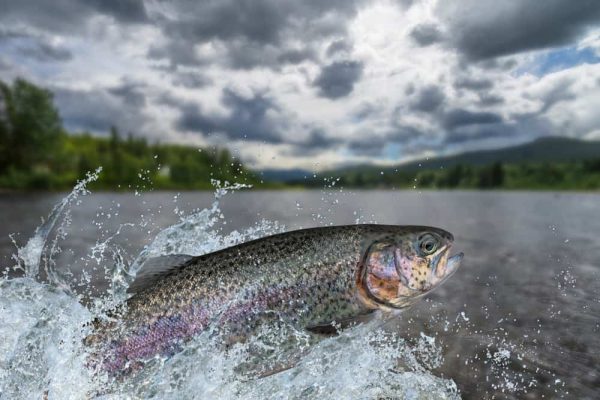 Stick to the Release Area

Like we mentioned earlier, there may be no need to travel too far to land a catch. Stick to the area where the trout was released and you can land a catch in a 100-yard radius. A more recent study has revealed that brown trout will begin to disperse from the released area in about 7-days. Rainbows move a lot sooner in about 3-days whereas brooks migrate in about 10-days.

Use the Right Bait

Stocked trout have been fed pellets or other type of fish food in hatcheries as opposed to wild trout that have grown up on a diet of insects, reptiles, amphibians and smaller fish.

You’ve got to give them the right type of bait to entice a bite.

Powerbait for example, is very effective in the days following stocking, as it has the same scent as fish food used in hatcheries. Heck, even a small dropshot worm can entice a bite.

It’s brown, it looks exactly like a human feeding them at the hatchery as you drop it right at their face and of course, their instinct to chase a fleeing prey. As the days progress, the stocked trout begin to adapt to the eating habits of wild trout. In about 50-days their dietary habits change completely to that of wild trout as the acclimatize to their new habitat.

Once acclimatized, you’ve got to treat these fish with the same respect as any wild game fish. Try out a bunch of baits. In-line spinners, floating rapalas, spoons, brightly colored flies, anything that works.

A small chunk of the stocked trout will be breeders, which are notoriously difficult to catch for the average fisher joe. But you don’t really need to be an angling elite to land one. Breeders don’t like heavy current and will move either upstream or downstream to deep holes where the water’s slow. But it doesn’t necessarily have to be a large pool or a huge depression. Even a small eddy or a short run, anything that’s deeper than the main stream will be a potential hiding spot for these biggies. Don’t expect them to latch on to the glob of dough like smaller fish. Try out a real lure like a stickbait or a bunny strip fly if you know where the fish are hiding. 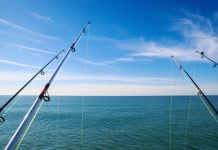 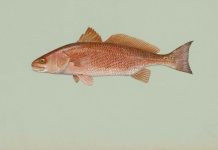